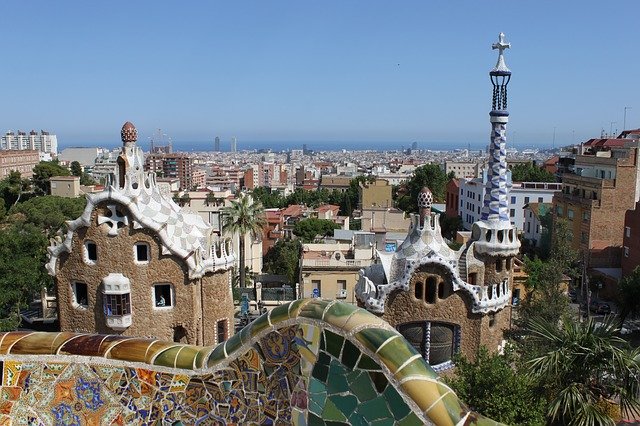 While thinking of Barcelona, probably the pictures of scrumptious paella, sandy beaches, and refreshing sangria come to your mind. Otherwise, you might be thinking of the works of Gaudi, the great architect, the incredible Gaudi Park, or the colossal Sagrada Familia. However, it is also a fact that Barcelona is referred to as a “Smart City” at present, and it is the first city within Spain to be called so.

Barcelona is the host of the 2021 Smart City Expo World Congress that will be held from November 16 to 18, 2021 for its 10th-anniversary edition. As a smart city, Barcelona is the place for this convention that will be a cross-platform experience. What actually makes Barcelona a smart city? From public Wi-Fi and parking apps to smart flushing toilets and waste disposal, in this article, we have articulated the different projects and technologies that help to make Barcelona a smart city at present.

Why Barcelona is a Smart City

Although you will come across Wi-Fi services in many cities on the planet, Barcelona smart city is actually a forerunner on the Wi-Fi movement. Barcelona had a significant push for increasing the number of Wi-Fi hotspots in the year 2013, and for this reason, the Wi-Fi system covers almost the whole of the city right now.

At present, Barcelona has an extensive network of fiber-optic cables connecting the city. There have been plans to include free Wi-Fi services on the metro, buses, as well as in the markets. One can easily access Wi-Fi in squares, libraries, and recreational areas. In fact, almost half a million people are able to access free Wi-Fi services throughout the city every month.

An innovative sensor system has been implemented by Barcelona these days intended for the drivers which will be able to guide them to any open parking area. The sensors which are embedded beneath the asphalt are capable of identifying available parking areas while notifying the drivers as well.

This program has helped to minimize congestion and emissions by guiding drivers to empty parking spots. Barcelona has already issued more than 4000 permits for parking every single day within just 1 year of implementation. It is also possible to pay parking charges online via a parking app.

The conventional street lights across the city have been replaced by a revolutionary lighting system which is LED-based together with a sensor network. Being more energy-efficient, the lighting system helps to minimize the heat which is produced by the older lamps, and in this way, it aids in saving lots of expenses for the city.

This particular solution was able to fix the issue of street lighting being utilized in a harmful manner particularly for the surroundings. Apart from this, the lighting system in Barcelona places info regarding the environment (humidity, pollution, temperature, noise, and the presence of individuals) using sensors.

Moreover, a central unit present in the street allows lights to communicate plus manages different services such as Wi-Fi, fiber-optic cabling to the residences, as well as electrical automobile recharging stations. It is possible for the sensors to adjust the lighting depending on the time of delay as well as the presence of the individuals. Controlling the lighting level has also offered the benefit of luring individuals towards specific areas of interest in and around the city.

It is a fact that Barcelona is amongst those cities on the planet having the maximum number of smartphone penetration. Therefore, a series of apps were created by the local government for helping the citizens. These apps help the residents in the city to receive information required by them regarding particular city services.

Some apps consist of Apparkb used for helping the citizens to figure out where they will be able to park lawfully, Map Barcelona + Sustainable highlighting the initiatives to make Barcelona more environmentally friendly, and Points of Interest for locating services close to the citizens. Sightseeing spots such as Parc Guell have apps providing specific info for visitors as well as locals to enjoy.

Barcelona’s city bike system is referred to as Bicing. Nevertheless, it is only intended for the residents of Barcelona. Bicycles are a significant part of Barcelona’s public transport system at present. Bicing can be considered to be a revolutionary scheme for borrowing bicycles which have been launched by the City Council of Barcelona.

This sort of public transport system is intended for short bicycle trips which is up to 30 minutes in duration. At present, more than 130,000 subscribers have already signed up for this program. This particular initiative aids in minimizing the number of vehicles navigating within the city. A lot of biking stations are located near recreational areas, metro stations, and car parking areas.

Where to live in Barcelona →

We use cookies on our website to give you the most relevant experience by remembering your preferences and repeat visits. By clicking “Accept”, you consent to the use of ALL the cookies.
Cookie settingsACCEPT
Manage consent

Any cookies that may not be particularly necessary for the website to function and is used specifically to collect user personal data via analytics, ads, other embedded contents are termed as non-necessary cookies. It is mandatory to procure user consent prior to running these cookies on your website.